Racism is everywhere. There's no denying it exists in and for people to access and deny power. Control.
Racism informs government and police to base judgements and priority to your life being of importance, worth a call, an investigation, an incarceration. Law and justice, how they claim to protect and serves us is linked to how we look, where we come from and our sexual orientation. Communities of colour are predominantly abused, mistreated, under protected, neglected and misunderstood and exploited by every single man-made social, economic and political system.
Policing is an unjust way of imposing justice. Lives are taken and taken by police, hard times are fallen on, mental health issues fall through systems and systems, but there is little real help to lift health to better. No real improvement from oppressions that happen so inconsequentially, every damn day. The police are as much gangs and terrorists as the gang and terrorists they claim to pursue.
Who the hell is policing the police? They hella got an ego problem that's way out of proportion, and clearly the law protects them from fair persecution. How many times can we see cops abuse power, take lives and leave families and friends, communities broken and get away with it? How many times will they murder, lock-up and forget us?
Racism is actually more prevalent than compassion for our fellow human beings on the day to day. Everyone sees, experiences and is controlled by their racial profile. White dominance seems to demand systemic enslavement and crippling disadvantage to people of colour everywhere, around the world. Home, work, walking in the streets with our hands up, on the ground begging we can't breath.
Absolute systemic disadvantage for those who are the best equipped to evoke change, in hopes to keep to keep desire for change silent, unequipped, indifferent, quiet, down.
NO MORE. 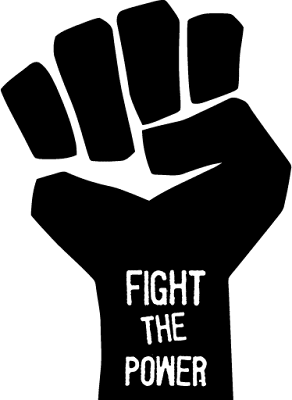 Colonization is a friend of racism. Colonization is an extension of racism, using political and economic control over geography to control coloured communities by imposing organizational, technological superiority over the native population. Overpopulation, economic distress, social unrest and religious persecution can be the reasons why colonizers came in the first place. The destruction they impose upon arrival, keeping the cyclical power of colonization alive.
My parents were expelled from their home. I was a child born in Britain, under the protection of one of the most brutal land rapists in history. It's as complicated as you imagine human feelings to be.
Colonization by nature subdues and assimilates indigenous population to the culture of the colonists; most of the time what I call: small white dick male power. Racism is societal cancer. Cut it out like our survival depends on it, because it does.
White privilege is largely addicted to being exploitative of us quite literally and physically. White and European people spread colonization everywhere and wanna take what's not theirs, and not necessarily ours. Every land belongs to Indigenous people, they are the original settlers.
Often there is no regard taken towards caring for our communities, as people of colour. Incarceration of minds and bodies at a pace and percentage which reflects just how deep the hatred is against us.
I am sick of it all but not so sick that I can't say ENOUGH. Speak up now, if you have a mouth, say NO to this BS.
Posted by Unimatrix81 at 12:08 PM No comments:

Those who promote conflict benefit from it. Not those who are privy to it, saturated in it. It's more sexy for cowards to tower over power, than realize healing must take place for generations of pain, for so many and provide tools and patience for positive change.

For the criticism of history and the challenge of its recollection through a selection of voices of narrow on change, women, people of colour. Yet disengaged from modifying systems to be put in place to create opportunities for every person to thrive, feel alive.

How simple it could all seem in a dream, when an inhale of breath into the breast free from the weight of systemic oppressions, anxieties, depressions. Trauma.

They want to distort us to shift focus from empowering youth, saying that black lives matter and brown lives are important. Bury the image that skin other than white can achieve success, and sustain from being swallowed into dilution that keeps power gleefully fucking privilege.

Yet it is the poets, the protesters, the journalists, the musicians, the painters, the creators words and expressions that provoked generations. Wealth sunk 6 feet under and enjoyed no life after death, no possibility to resonate with future generations.

The power is in the people, emerge the issues we need to address, the ideas we see rise in our communities as valuable affirmations. What sort of a world would it be if the rich were poor and the poor rich equally? What would the cost of freedom be away from systemic slavery?

The essence of human potential is cooperatively an achievable reality. Each child needs to be told they are beautiful, each woman given encouragement and access to elevate intellectual confidence into desired change. This reality sticks with me.

My Resistance of Canada 150: 7 Reasons

I appreciate that I am a Canadian. I recognize the privileges I have, as well as the freedoms. However I will not be celebrating #canada150 for these reasons:

1) Indigenous people have suffered greatly over the past 150 years because of the pass system, residential schools and the Sixties Scoop.
2) The annihilation of Indigenous cultures. The lack of opportunity to reclaim what they lost during colonization.
3) Implemting with urgency the Truth and Reconciliation Commission's report recommendations detailing the heart-wrenching testimonies of thousands of residential school survivors, their parents and many others.
4) Decriminalizing systemic and everyday attitudes towards Indigenous people.
5) Urgently providing adequate water, food, shelter and social services in ALL indigenous communities.
6) Honouring Dish with One Spoon Treaty. Here we agreed to share, replenish and protect the lands we are now inhibiting.
7) Although Indigenous women and girls make up only 3% of the female population in Canada, they represent 10% of all female homicides in Canada. Indigenous women in Canada face many risk factors, compared to non-Indigenous women. There are nearly 1,200 murdered and missing indigenous women and girls in Canada, possibly more. We need answers, their families need answers and to have their grief taken seriously.

My own parents were expelled from their homeland by Ugandan military dictator, Idi Amin. Displacement, rejection and struggle was met by courage, and they have survived - but the recognition of the rapes, death, tortures and brutalization still remains sparse.

While many of us are out celebrating, please remember the impact of colonization in all our lives and the obligation to tell the truth, and honour the first peoples of the land.

I Use to Know 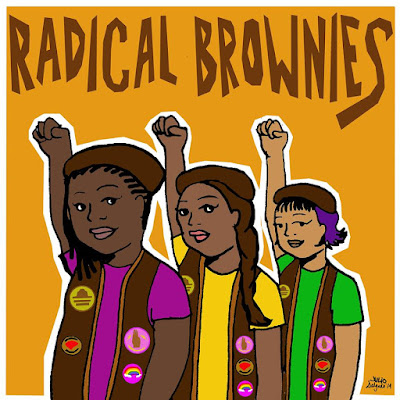 
I am driven by a hunger I do not understand
The flow of the moon reflects little specs of creativity
...in my belly

Inspiration is the only place I have found
resiliency
Expression, voice
releasing the truth
no
alternative truths
Refugees taking over
White man running

Mamma told me to always be myself
I am not sorry
Will my love away
When I was one.