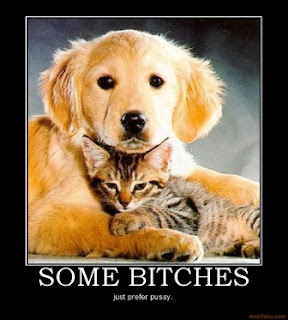 Why are straight women always playing gender so hard? Why are dykes always fucking gender so hard? She creates a pair of shoes with heels that actually feel comfortable, she dreams of banning black army boots from existence. She thinks all those dumb straight bitches that are going to have corns and calluses all over their feet and wonders, who is gonna suck their toes? Also all those hairy man-dykes that are going to get athletes foot by wearing insulated boots when it is 40 degrees out! Dumb bitches.

She remembers what it was like when she came out over 10 years ago. She felt like the only ethnic lesbian who still embraced her feminine charms. She didn't want to look like a sheep, for god's sake, she is brown, hair is not a choice, but shaving is. She would feel the pain as each hair plucked from her Frida brow, but it was better than the fate of looking like a plump. shaggy rug from India.

Yes, she loves Madonna, and no she is not a fag.

More than anything she wants to say to her fellow pussy munchers, "moisturizer for your skin and lips is not heterosexual, it is simply a way of taking care of yourself. Lotion your damn self and moisten those lips with more than just vaginal spit!"

She remembers the excitement associated with knowing who she really is and then thinking how wonderful it would be to kiss and girl with some tongue action (of course after a soft peck), and maybe even have the chance to feel up a pair of good looking knockers. Maybe sniffing some lucky panties.

Gimme, gimme seems to get. It doesn’t seem like you have learn your manners yet. Though you may feel that you are succeeding in your life, have you been beneficial in growing past your own challenges? If each day you remember moments as an abundant flow of feeling love and kindness, you will break free from mundane captivity.

Day after day. Running for the streetcar, pushing paper, pushing a smile. Happiness can only be measured by the width of your actions – how they extend to envelop those that are in contact with you.

Make a difference by deciding to be different. No longer the girl who follows commands with such pinpoint precision, or that doesn’t speak up when she has a marvelous thought to share. Today you are a new woman, free from any burden that seeks to eliminate you from being at peace with truthfully.
Posted by PROVOKEMEinc at 2:46 PM No comments:

When I was but a wee lesbian, watching Xena on Sunday with my Mom - this is what I was hoping for. This still could be the hottest thing EVER!!!!!! My poor Mother, she had no idea I was popping lesbian hormones at the TV. I should have warned her to wear a mask.

Posted by PROVOKEMEinc at 2:33 PM No comments: